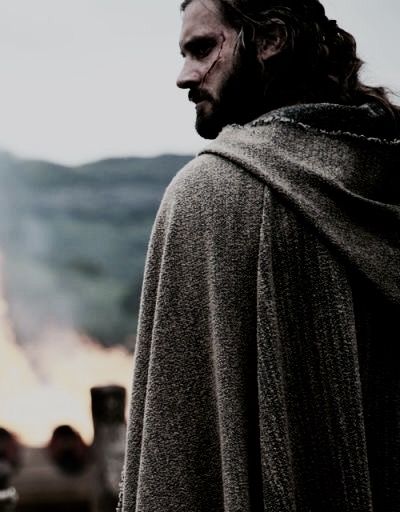 Kinks: Edging, seduction, titfucking, light restraints and other vanilla things. Dubious consent / coercion or a mutual hatefuck is certainly possible, but I am not interested in violent, degrading NC. Another spicier kink this may feature is impregnation, which I have yet to experiment with. It doesn't need to be the main focus and we can easily make use of time skips, though I'm very open to suggestions about how to address this in the story.


We begin with a bloody succession. A man (the estranged relative of the late King who desires glory, or a foreigner?) takes the throne by force. But after seizing power, the usurper is without one important thing: a wife of noble blood, who he needs to cement his rule with a male heir.

MC is offered up. Perhaps the pretty spoils of his siege or via an arrangement to end to the carnage, with the ulterior intention of reining him into a King who can controlled. As expected, she thinks he's cruel and won't have him, so there may be the opportunity for NC or dub-con, unless she angrily hikes up her skirts and demands he go at it to release her from her duty. Would he take that opportunity, or a more slow burn approach? Maybe there's mutual dislike between them, and while nice to look at, he's sure she's a snake in the grass waiting to stab him when he lets his guard down, ie. in bed. So he bides his time to test her loyalty.

I'm torn between playing a fiery woman who won't submit willingly, or a demure creature who can temper the storm of his anger through her kindness. Do their personalities begin to rub off on each other, where he is less quick to end an argument with blooshed, and she in turn gets a taste of the power she's been denied her whole life? Regardless of how our characters grow, I want us to reveal more complex layers of the usurper King and to see how their relationship evolves if/when she falls pregnant, into a more loving dynamic.


If you like this idea, send me a PM to hammer out the details! Tell me about your character, where you see the story going, etc. I also encourage you to check out the spoiler below for the short 'n sweet version of my writing preferences. Everything else can be found on my F-List.


The short and sweet version is: communication and creativity are a must. I love to regularly discuss kinks, plot outlines and future plans to make sure the story is moving in a direction we both enjoy. It should go without saying that no one wants a reactionary partner who has to be dragged through the narrative. Please respect the time we put into the RP by sending me a heads-up when you might be away for a while, or if you're experiencing writers block. In my experience, collaboration truly makes a good story.

Regarding writing style, I heavily favour plots that have a strong foundation of characterization and world building - even for short term stories - so you can expect 2-5 paragraphs on average and sometimes more. Ideally you have a flexible style with emphasis on flowing prose, immersive detail and mostly proper grammar. The quality of your writing is a big part of what determines our compatibility. I want to be excited to reply, not slogging through a vague narrative with flat characters, you know?
Last edited: May 1, 2020

I'dd be really interested in RPing with you ! in fact i really love Sci-Fi RP, and i'm a veteran of roleplaying, having started almost 10 years ago playing D&D. I'm also a big fan of writing, and mass effect too ! I will pm you too and i'dd really like to write this with you and to create an in depth story and characters that are really believable too.

Bump for a new craving!

Bump for a new craving