This thread is specifically for creating amazon warriors. Conceptually, they will be thought of as NPC antagonists to the male PCs, but they can also be played as main characters when it comes to femdom/slice-of-life threads, and so forth.

There are no special rules for creating an amazon character. Just try to keep things balanced in terms of power level, or at least appropriate to her particular station within amazon society. As long as all the players agree that she's a good character, then it's acceptable.
Last edited: Aug 8, 2019

Caria, Queen of the Amazons 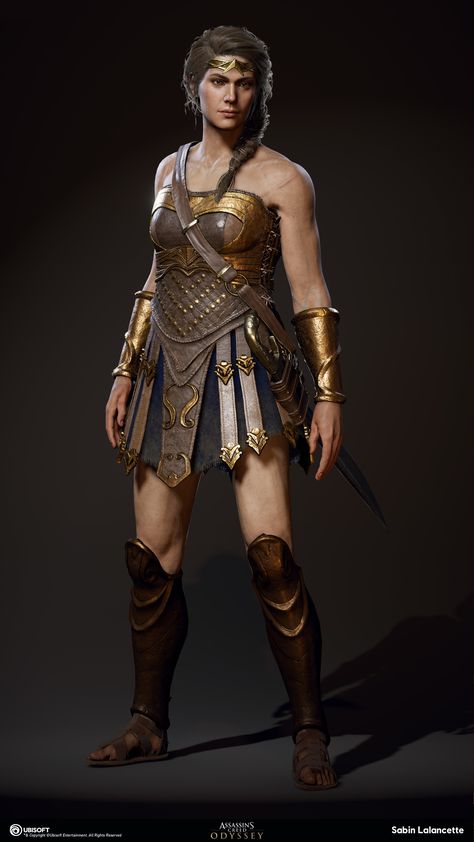 All due credit to Ass Creed's art team. I never played any of their games, but I really like this character image.

Caria rules as Queen over the city of Themyscira. She rarely ever fights, except in the Tournament of Blood, and only if a challenger has proven his worth by defeating at least three elite amazon warriors in previous rounds of the tournament. If a challenger emerges, Queen Caria will fight him on the night of the Winter Solstice, with the fighting pit ringed by raging bonfires. She will enter the ring wielding a double-headed axe called a Labrys, which is a largely ceremonial weapon and a symbol of Amazon culture and matriarchal belief systems in general, especially in and around Anatolia, and on Crete, in some cases going back as far as the Neolithic Age.

Traits and Specials:
- On the night of the Winter Solstice, if she is carrying a Labrys as a weapon, Queen Caria can use her second wind action to become temporarily possessed by the Goddess Kaska, which raises her Strength to 8 and refills all lost Stamina points. This effect lasts for 10 rounds, and then she reverts back to her normal stats.


Minadhara, Sister of the Queen 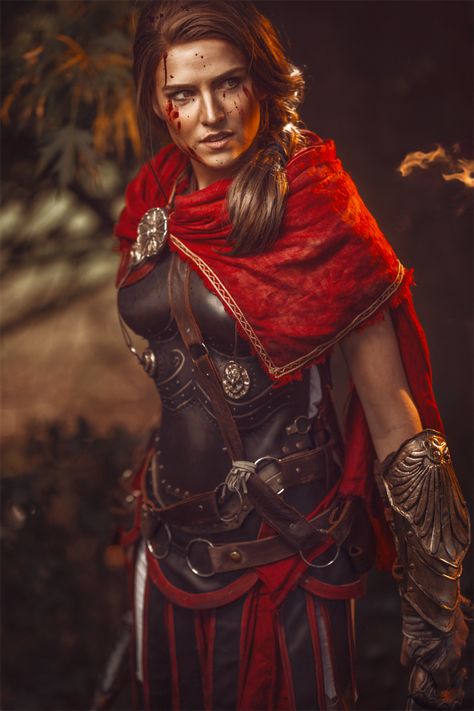 Minadhara is Queen Caria's younger sister. She serves in the palace as the queen's confidante and general, and she oversees the discipline and training of all palace slaves, as well as also being in charge of palace security. Minadhara has no children of her own, and so she tends to live vicariously through her niece, Princess Aella. 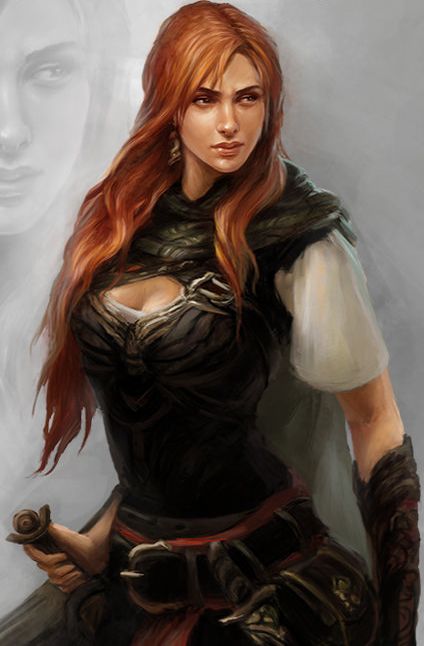 Anaea is an ordinary rank-and-file amazon who is still working her way up the ladder, trying to improve her skills so that she can compete with the professional gladiatrices. She spends her days patrolling the streets of Themyscira or standing guard atop her city walls. She owns a modest home in the city, but does not have any slaves, as she doesn't make enough money as a guard to feed anyone other than herself and her infant son. Instead, she and a few of her neighbours split the upkeep cost of a single male slave who takes care of housekeeping and child-rearing duties across all of their households.

White-Armed Aella, Daughter of the Queen 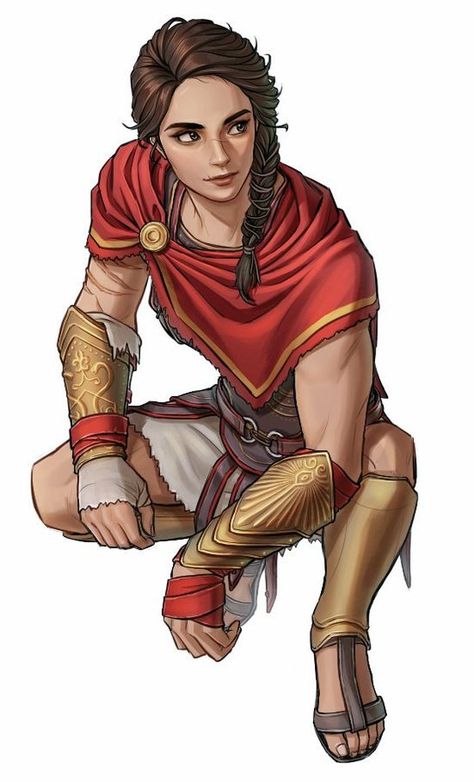 Princess Aella is the daughter of Queen Caria. She lives in the palace with her mother and aunt, and trains herself continuously, knowing that she has very big sandals to fill if she expects to become Queen some day. When she was born, the high priestess of the temple prophecied that she will do something spectacular and bold when she becomes queen. Most believe that she has the spirit of Erpata guiding her, however because she is still very young, she is yet lacking in physical strength compared to the older and more seasoned warriors, and there is much of her that is still unresolved potential. Aella came of age just this winter, and so the upcoming Festival of Choosing will be her first as an adult woman. Most of the city is eager to see how she fares.

Lydia is an elite amazon gladiatrix, and a winner of many tournaments over the years. Her successes have afforded her a large manor house within the city, close to the queen's palace, where she trains male slaves to fight in the pits. She also sometimes trains other amazons in the art of (naked) wrestling.

Of those captive males lucky enough to survive their execution fights, many of them will find themselves in Lydia's house at some point or another; either to be directly trained by her in the ways of a gladiator, or to serve as part of her expansive domestic staff, or perhaps just to attend one of her many social events where guests are invited to bring a slave or two along.

As a pit fighter, Lydia fights both technical and aggressive, favouring a heavy-bladed kopis paired with a large shield. Like a good boxer, she typically keeps to a defensive posture until her opponent runs low on stamina and starts to slow down, and then she unleashes vicious counterattack combos to hammer him into submission.

Traits and specials:
- Tough
- Die-hard
- Sturdy (Lydia gains +2 on rolls to resist being tripped, knocked down, grappled, or disarmed)

Here are four women who are tasked with carrying out executions in the fighting pits. They go by stage names, each being a single word representing something simple and evocative. I am also including each fighter's career record, in the form of (Wins-Losses-No Contests) 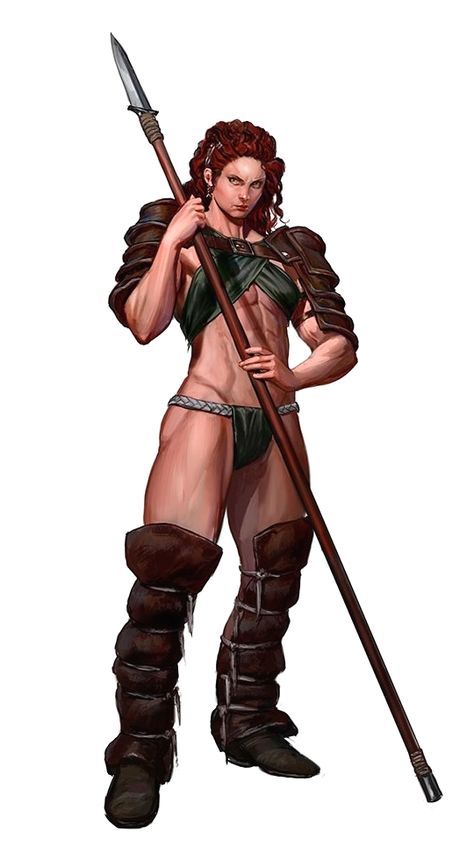 Aspa is a very strong and durable woman, but not terribly bright. She fights with a long spear and leather cuirass, with an akenakes on her belt if she loses her spear. She will try to keep her opponent at a distance with her spear, but if that fails she's not afraid to go toe-to-toe and trade hits. 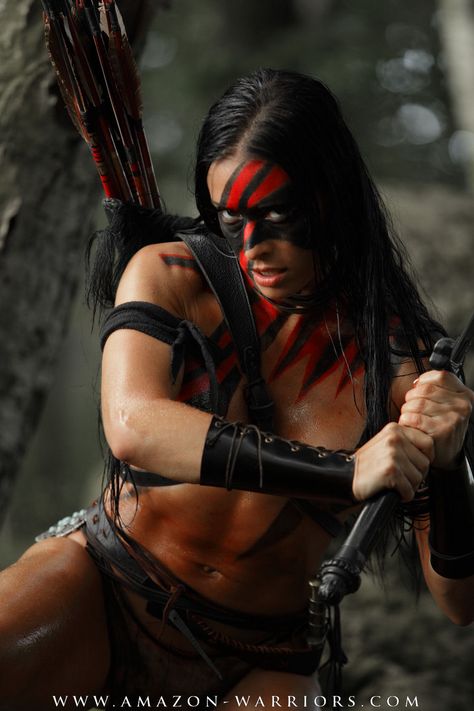 Kama is a fairly typical amazon pit-fighter. She fights with spear and shield, throwing her spear early in the match and then drawing her sword to engage in close quarters. She is a technical fighter, favouring defence and distance until she can feel out her opponent's abilities. 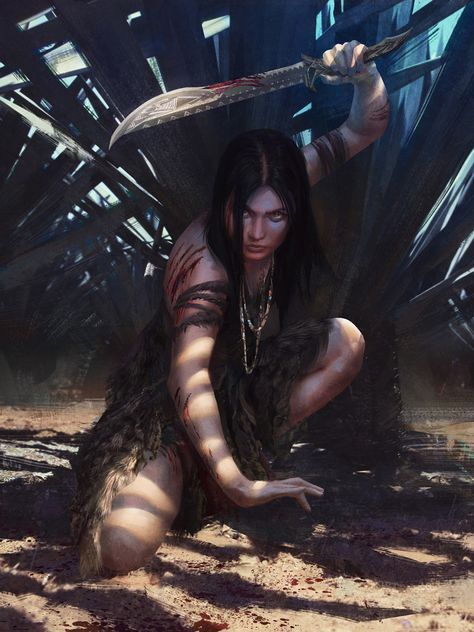 Daiva has built herself up as a specialty fighter, having spent many years to learn the difficult technique of fighting with a sword in each hand. She is fairly small, by amazon standards, but she makes up for her lack of physical presence with speed, moving deftly around the pits to attack and evade in equal measure. 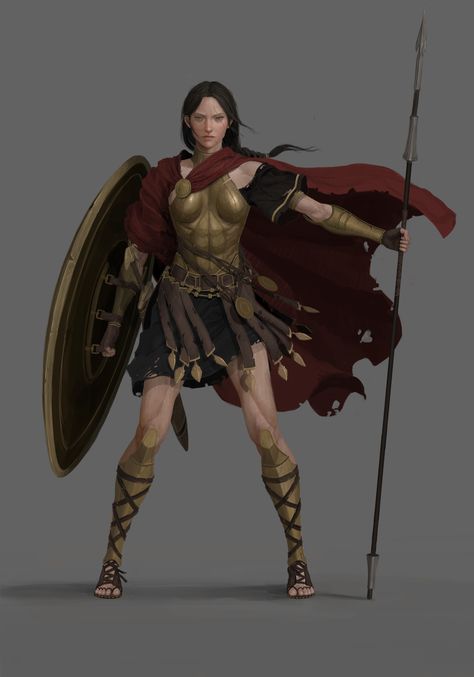 Kibrita is physically smaller than average for an amazon warrior, but she is a quick study and has become a very skilled fighter in a surprisingly short time, given her young age. Fortune often smiles on her more than others, and through this combination of skill and luck she hopes to make a name for herself in the fighting pits, against the taller and stronger men and women who might be inclined to dismiss her at a glance. Kibrita's chosen style of fighting is with spear and shield, fighting defensively until an opportunity presents itself.

OOC: Wiill hold off on stats for now, will update in the future. 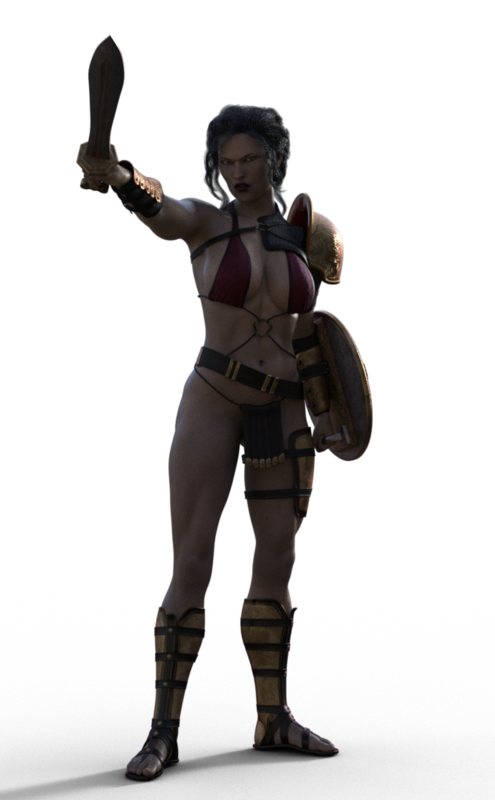 Daughter of an infamouse family, Theokleia continues her mother's somewhat curious beliefs with a healthy interest in the fighting pits and the domination of her opponents. Wearing a deliberately skimpy attire together with a bronze sword, shield, and helmetl, her fighting style is quick and aggressive, complemented by impressive strength and skills. Compared to most Amazons, she seems quite enamored the concept of womanly love, hosting several female slaves in her household, all of whom have experienced more personal pleasures with Theokleia, though that's not to say she doesn't have an interest in making love to men as well. Regardless, she knows how to put on a good performance, and is well known for her incredibly humiliating punishments for other Amazon's in the pits, not that her punishment for slaves is much less perverse. 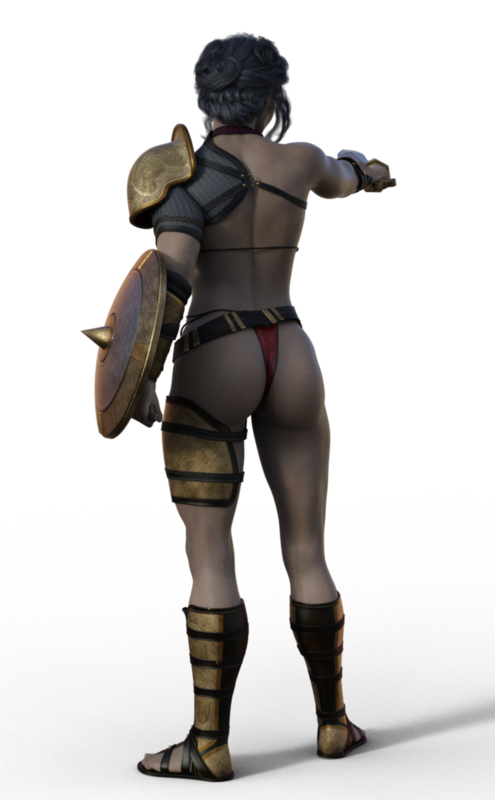