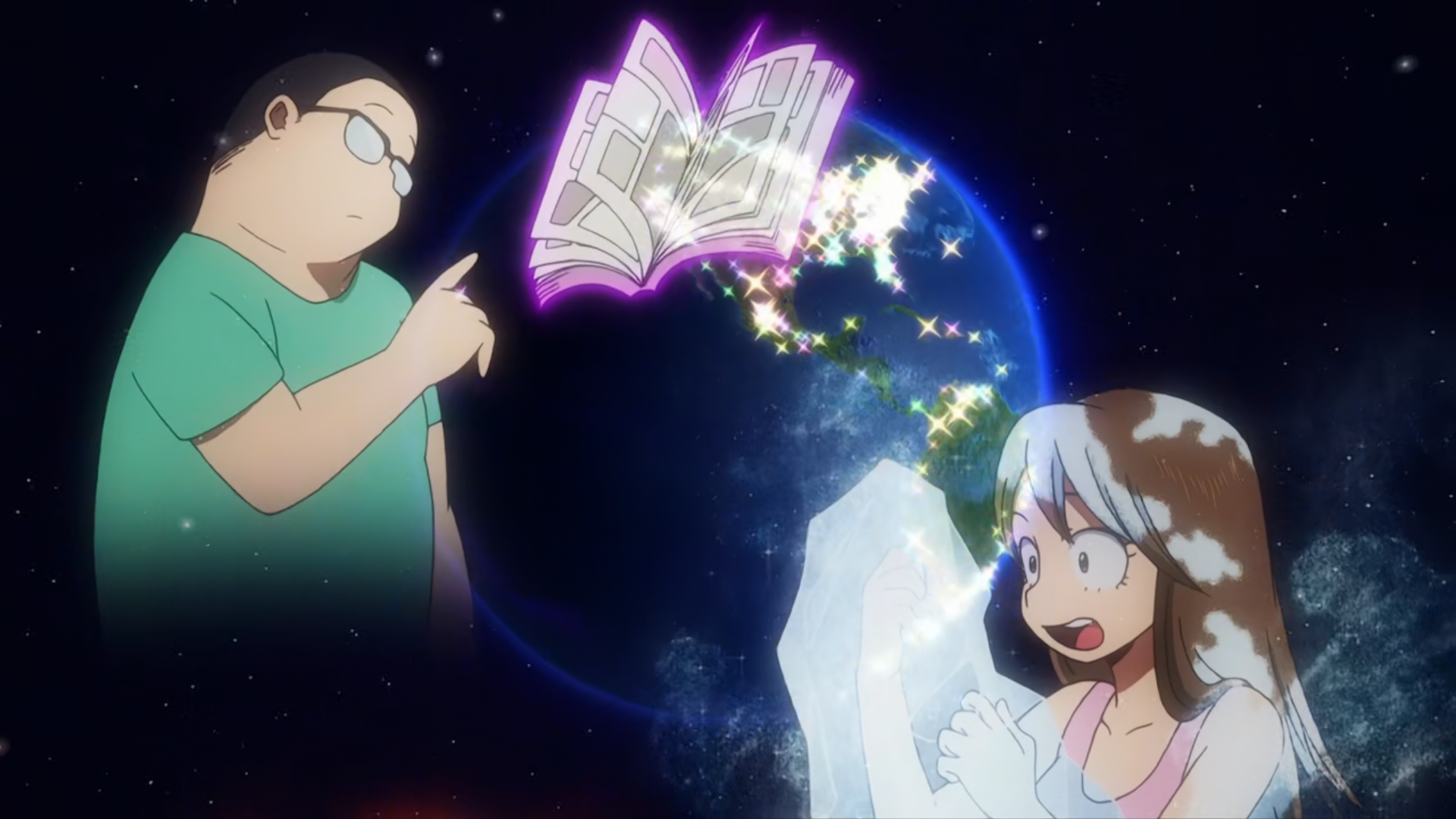 A Quirk (個性 Kosei, lit. "Individuality"), also known as a Meta Ability (異能 Inō) by the Meta Liberation Army, is a special, superhuman ability an individual can possess. Quirks are generally unique to their user, and are classified in multiple categories. The user is also given one single ability...

This will help out. It explains the three types of quirks really well. ^_^

Ah, ok. That helps a Lot.
If is there a freue Spot, i would Like to Play one of the villains.

Ooooo, a villain! Any idea what you were thinking for them?

A Mutant/Transform Kind of ability, that has His Focus on plants. It would be a female and a bit Like dc's poisen ivy. But her villian Form is also Typ of that ability. I know how her Powers would Work and what her weeknesses would be, and i got a few ideas for some Specials, that she could have. And maybe a reson, why she could think about working together with Heros as Well too. 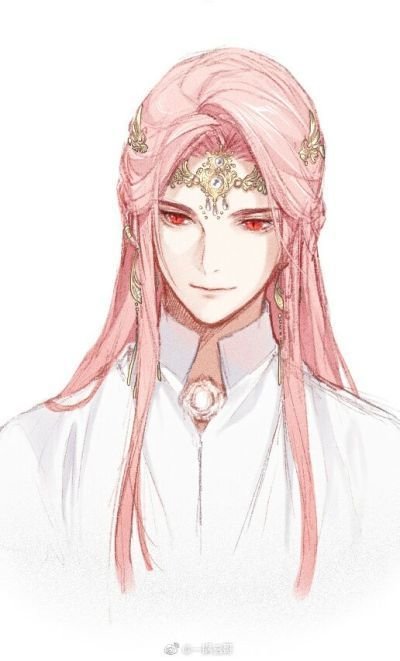 Quirk Description: Tatsuo can create weapons, armor, and so on out of various different jewels and crystals. The stuff that he creates is only temporary though and after a time it will break down into glittering dust of no real value.

Quirk Downside: Tatsuo can only recreate jewels that he has on his person at the time. If he doesn't have access to a certain type of gemstone, a diamond for instance, he can't make anything out of diamond. The other downside being as stated before his creations are only temporary, so it's not like he can make any money off creating a bunch of diamonds. At least not when it comes to those that are aware of what he is able to do.

Special Ability/Attack: As he was never given hero training he's never bothered to create a special attack or go to attack. His favorite things to make are lock picks out of the more hardy gems like diamond or rubies so that he can break into places in which he can fetch new gems. He also likes making weapons to fight with like swords or really glittery armor that will mess with cameras of the places that he breaks into.

Physical Appearance: Similar to the picture above. He wears nice clothing and a lot of jewelry so that he has a lot of options when it comes to using his powers.

Personality: Tatsuo is a very greedy, selfish sort of person. He wants to get things for himself and himself alone. He doesn't really have much liking for other people on the whole but that isn't to say that he wouldn't like certain people. At least if they were able to get passed his outer shell. When it comes to younger people, the quirkless, and animals he is more protective and might go out of his way to help. Heroes are something he can't stand though, finding them to all be very distasteful people.

History: Tatsuo was raised as though he were quirkless for the first part of his life due to the nature of his quirk requiring that he have the right materials on hand for it to work. Both of his parents had powerful quirks of their own, something that caused him to be a bit of a misfit as well as a smear of sorts on their reputation.

He was raised not by the two of them but instead a man that worked for the family, one that had a weaker quirk, who was far from being hero material. Due to being an outcast from his family and lacking a noticeable quirk he was picked on a lot as a child, often used as a target by the spoiled brats in the fancy school that he went to.

He found his quirk by completely accident when he was a teen when his mother sent him to her room to fetch a piece of jewelry. She was on her way out the door for a party and couldn't be bothered to go all the way back to her room herself. His fingers brushed against the jewel within it and his quirk sparked to life. It wasn't something that he shared with anyone though, hiding it, and it wasn't long after that discovery that he ran away. He made a new life for himself using his quirk and his parents never really bothered to put too much effort into finding him.

While he isn't any sort of super villain by any stretch of the imagination he is still a criminal sort. His crime of choice is theft, mostly targeting jewels that he can steal to feed his powers.

Tossed my characters preferences into their bios! Figured people might want to know what my pair are into. <3

I'm still working on my character and I probably will add another.

I can't wait to see what you come up with, UndeadBan! <3

Hey one and all! Since this has gotten a bit of popularity and people seem to have a lot of ideas I'm having to impose a little bit more rules about how character creation will be determined. I can't have all the characters having a rare quirk type so I'll be really looking at anyone that was designed with mutant/transformation quirk types.

So @ThatGuy285 and anyone thinking of mutant/transformation quirk types I might not accept characters of these types without asking a lot of questions. Don't be bummed if I deny a specific quirk!
T

ZombieDogz said:
Hey one and all! Since this has gotten a bit of popularity and people seem to have a lot of ideas I'm having to impose a little bit more rules about how character creation will be determined. I can't have all the characters having a rare quirk type so I'll be really looking at anyone that was designed with mutant/transformation quirk types.

So @ThatGuy285 and anyone thinking of mutant/transformation quirk types I might not accept characters of these types without asking a lot of questions. Don't be bummed if I deny a specific quirk!
Click to expand...

No worries I expected as much.

@ZombieDogz How would you feel about an emitter and transformation type quirk? Like the transformation portion would only happen during transportation. I felt I should ask to see if it would conflict with the new rule.

I'm quite interested. I'm watching it now I like someone like Izuku. He has no real power but his hero prowess is his will to save like All Might said all heroes run into the thick of trouble without any other goal but to help and rescue. So if you guys can have me I am willing to think of a character like him but need to finish the anime first lol want to know more so I can contribute more XD if the slot gets filled up I'll wait for a next one

There is a character like that in one of the side story manga (Vigilantes), a guy who fights crime but also one that doesn't have super powers. If it's allowed that would be neat to see played. ^_^ <3
Last edited: Aug 21, 2019

You can message me privately (I'm at work so not much I can do atm) if you want me to check over a potential character. I'm actually really excited that this has gained so much popularity!

Those of you who have put out characters, ill be looking over and approving potential characters this weekend or tonight.

Edit: Forgot to mention that I'll be adding another hero slot! Then I'll be taking suggestions for the main villain that is the enemy of the agency.

I always think a person's power always comes from within I might develop a character that has that unique ability and one unique background story too
Last edited: Aug 22, 2019

Any news on the group? No rush, just a bit curious since this one sounds fun. ^_^ <3

Work has been killing me but as soon as I'm off mandatory overtime on Saturday's ill be updating this and probably making the first stride towards getting it started.

@UndeadBan OMG I am so sorry for taking an eternity to get back to you. Work has been kicking my ass. I'd be alright with an emitter/transformation combo quirk. I'm actually interested in what you come up with.

@Sky Reed We would be lucky to have you! It would be interesting to see a quirkless individual in the RP. If you still wanna give it a go, I'd be happy to see what you come up with.

Also, taking applications and ideas for the main villain! I've been debating on a couple of things in terms of making them a really difficult person to not only find but defeat. So far I have the following:

I have decided on their past. They'll be someone that originally joined the agency as a sidekick to Gregori but got kicked out for being too violent so everyone has the potential to have met them at one point or another. I've thought about them being similar to a master of disguise that can dress up as someone else to fool people.

Or, they could be a quirkless villain! That might be fun.

I like what you've come up with for the villain so far. Especially him being a former associate of Gregori and the agency. It would make anything he does and battles with him feel more personal to the group.

No worries. I understand work has been kicking my ass as well. I decided to give him an emitter quirk. I still need to work on his history which I am struggling with. I did post him a while back but took him down because I wasn't satisfied. I'll put him back up soon.