Post here using the template. You will be PMed when your character is approved or any changes needed.

Name: Example Character
Age: 26
Gender: Female
Sexual orientation: Lesbian
Backstory (Make sure you include the reason for being exiled): Growing up in Oriath, she was a devout follower of the Templar and the Religion of Innocence. At least until she was exiled by those same Templar for delivering a batch of under cooked cakes that made the upper level Templar sick.
Previous Occupation: Baker
Description/picture: 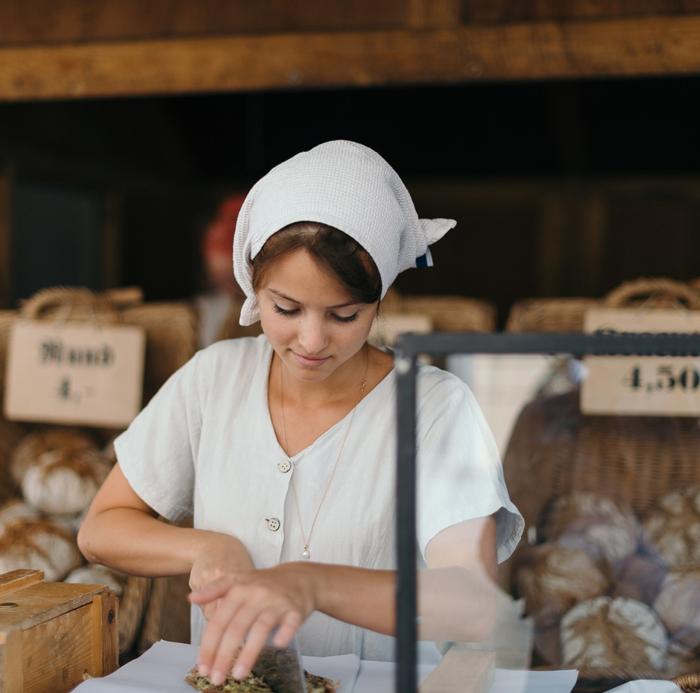 Name: Xerephon Antillus
Age: 40
Gender: Male
Sexual orientation: Gay
Backstory: Xerephon started of as a gladiator, won his freedom and then served with the city guards. He became guard captain, but when a highly prized item was stolen he was blamed. The item could not be found, but he was exiled anyway
Previous Occupation: Guard Captain
Description/picture:

Name: Anastasia Varian
Age: 29
Gender: Female
Sexual orientation: Lesbian
Backstory: Hailing from a family with a history of dedicated service to the path of the Templars, Anastasia began training with a range of weapons from a young age. Her magical aptitude soon became obvious much to the concern of her parents, who grew concerned that Anastasia's natural skill with magic was overshadowing her other skills. Despite them discouraging her from practicing it, Anastasia quickly realised that she enjoyed using magic far more than weapons or shields and continued to practice it when her parents weren't paying attention. She began training as Templar once she reached the right age and became an accomplished student but her powerful and volatile magical powers quickly became a concern for the Templars. It seemed that the more she was forced to restrain them, the more unpredictable her powers became, as if trying to burst free and resist her control. During a training session she nearly killed another student as her powers raged out of control, leading to her dismissal from the order. She returned home and was met with hostility rather than sympathy from her parents, who felt she'd brought shame on them and made it clear that she was no longer welcome there. An argument broke out between them and as her mother went to strike her, Anastasia's powers again raged out of control and the family home was consumed by flames. Anastasia got out in time but her parents burned to death and the blaze quickly spread to the neighbouring houses. Realising she would be exiled or executed for her actions, Anastasia fled and began wandering the realm while honing her magical abilities as witch under the tutorship of a master witch. During this time she met another young witch who became her lover before betraying Anastasia and reporting her to the authorities for being a strong user of witchcraft out of jealousy that Anastasia had been chosen to be trained by the master Witch and not her. Anastasia was promptly exiled and has grown distrustful of others and their intentions after being betrayed by her lover.
Previous Occupation: Templar
Description/picture: 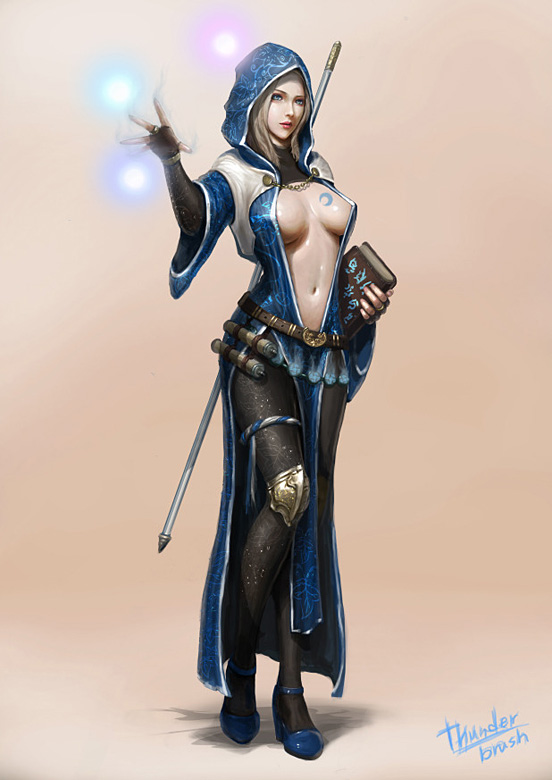 Name: Irina Suuthfoot
Age: 32
Gender: Female
Sexual orientation: Bisexual and very rough.
Backstory (Make sure you include the reason for being exiled): Taken from her home on the Karui peninsula when she was sixteen by the Templar, Irina was forced into the arena, fighting for her life for over fifteen years of blood and broken bones. Her persistence to live slowly let her build her life back up around her and she had a decent livelihood for a gladiator when she was ordered to lose to a high ranking Templar that wanted to show the masses his martial abilities. It wasn't the first time she had to do such a thing for a coward, but it would be the last as he collapsed during their first lock up from a heart attack. Of course a Karui bitch couldn't be allowed to remain unpunished for killing a Templar, so she was quickly and publicly humiliated, then exiled back to the ravaged land that had once been her home.
Previous Occupation: Karui Warrior/ Slave Gladiator
Description/picture: 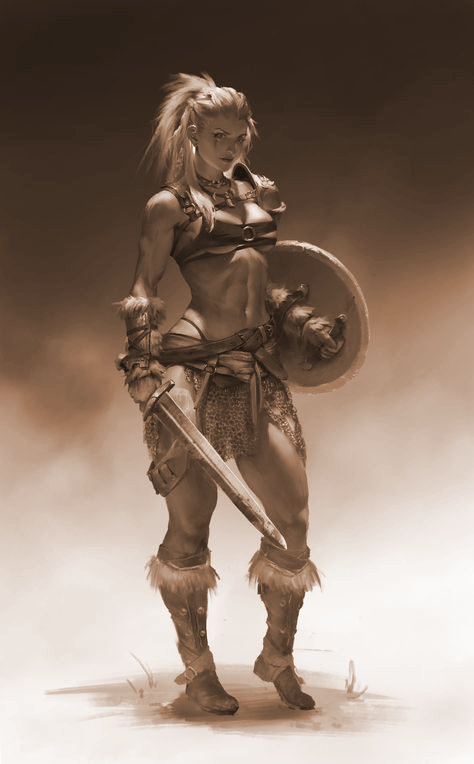 Name: Morganna Elissia
Age: 28
Gender: Female
Sexual orientation: Lesbian
Backstory (Make sure you include the reason for being exiled): Growing up in a rural community, young Morganna had to fight for scraps to survive, a rough and brutal life followed. Forcing herself to learn how to fight, steal, and even kill to survive became her every waking step. She had to become more cunning than everyone else, she had to take currupt, dark jobs just to survive and have money to get food to get by every day, and she found that she enjoyed it the more it happened, it became part of her very being, her core. She was a killer, and that was just how it was. Her past caught up to her quickly, and when she killed a high ranking Templar, she was sentenced to death or exile, and the only clear cut path to keep surviving, was exile, and so that is where she turned up. A course into the dark unknowns of the wilds and hostile lands, to ply her skills in an area where they'd have no snide remarks and dirty looks; she'd be at home there, and that almost excited her.
Previous Occupation: Assassin
Description/picture: 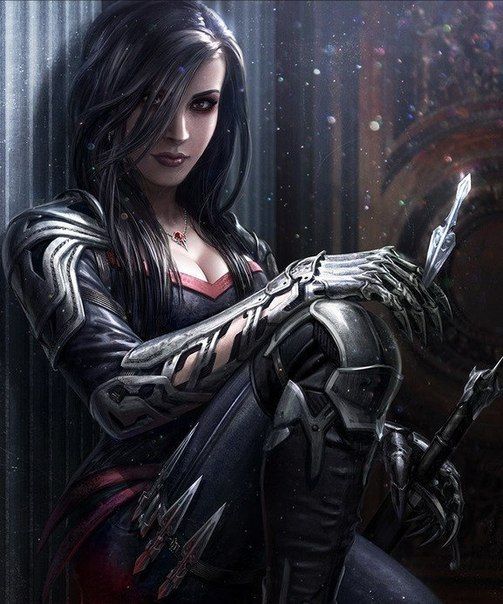 Name: Calin Costakis
Age: 24
Gender: Male
Sexual orientation: Straight
Backstory: Born on a farm in the blighted principality of Cozmyr, Calin grew up dealing with the undead and Wraeclast's other horrors as a basic fact of life. He dispatched his first zombie when he was six. Though his father died when he was young, his older brothers taught him how to fight and shoot a bow, and took him hunting as soon as he was old enough. In his late teens the farm's crops were beginning to fail, and so Calin moved to Cozmyr's capital city to find work. While labouring on the docks, he was shanghaied by slave traders and brought to Oriath. There at the slave market in Theopolis, he was sold to a construction company where he laboured for two years until he was bought by a high ranking Templar named Orion Rencourt. While working as a gardener, groom, and general labourer on Lord Rencourt's estate, Calin carried on an illicit relationship with his master's wife, Ophelia. A year ago, the two of them were caught in the act, and in that moment Lady Ophelia became violent and accused Calin of assaulting her and trying to rape her. Calin was sentenced to exile. He passed through Lioneye's Watch, and after recovering his strength he decided to journey west, through the dangerous Karu region, to try to find his way back to his home country of Cozmyr. He was captured along the way by a Karui tribe, and spent a year living with them and bonding with his captors. Then something happened that he couldn't explain. He believed he had been killed in a skirmish with a rival tribe, but then he found himself washing up again on the shores of Twilight's Strand, his wounds gone and his body completely whole. Name: Thomas Shear
Age: 23
Gender: Male
Sexual orientation: Straight
Backstory (Make sure you include the reason for being exiled):
Abandoned at birth, Thomas could be the bastard son of a nobleman and a whore or perhaps simply a mouth that his family could not afford to feed. The night watchman that found him brought him to an orphanage run by the church, and it was in that strict environment that Thomas grew up. The nuns and priests that raised him and his like were well-meaning, but had little to offer the children in their care besides a meager education. Many of the other orphans would grow up to take menial positions with the church, but that was not for Thomas. He chaifed against the tight watch and strict rules of his home, and would often sneak away to walk the streets of the city unchaparoned. By the time he came of age, he was well-versed in the laws of the street and had even started to cultivate some underworld connections.
After leaving the orphanage, Thomas had a short but profitable career as a thief, mugger, pickpocket, and general ne'er-do-well. Unfortunately, his last mark was a little too important for the authorities to ignore Thomas any longer. He was caught and chose exile over death - time has yet to show whether there is a meaningful difference.

Previous Occupation: Criminal
Description/picture: Thomas is on the shorter side, standing 5'6" tall. He is well-fed and active enough to possess a toned musculature, but most would call him thin. He is clean-shaven, with angular features and sharp hazel eyes that peer out from under his messily-cut dirty blond hair.