Name: Natsumi Yamane MD
Nickname: Mi-Chan, Yumi
Age: 27
Sex: Female
Sexual Orientation: Bisexual
Weight: 125 lbs (57 kg)
Height: 5’ 4” (165 cm)
Breast Size (Female)/Dick Size (Male): C
What they do here: Natsumi is the school’s doctor. She treats students and staff. She also acts as the schools mental health practitioner and is a fill in receptionist.
Sexual Preferences: Natsumi is partial to vaginal sex, roughness, kissing and asserting control. She does like to be sub but for her being dominant is a refreshing difference from her normal diminutive personality.
Why they are here: Natsumi applied to work here after completing her residency. She went to med school in the states but completed her undergrad internationally in South Korea. She is a native of Japan but was allowed in the states due to her medical degree; she immigrated.
General Information about Character: Natsumi is a very shy person around new people, almost to the point of fearing them. Around people she gets to know she is less shy but still a very non-confrontational person. She does not like people being mad and hates being hurt to the point where to prevent her own injury she will do whatever someone asks. For hobbies she likes to play ancient board games like chess and go. She also likes learning about and understanding the human body and mind. She is very learned about things involving the soul and spirit. She believes that everyone can love more than one person. She has never had sex and never had a boyfriend; she had one girlfriend in high school but nothing came of it. She was too focused on her extracurricular activities during college so she could get a good job that she never thought about a relationship. She did play a crap ton of visual novels and H type games though to keep herself occupied. She loves cherry blossom trees however hates American knockoff attempts at said trees. She wears glasses and can sometimes be found munching pocky at her desk.
Picture: 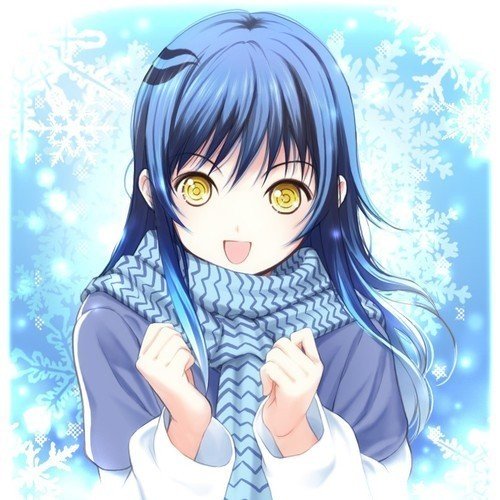