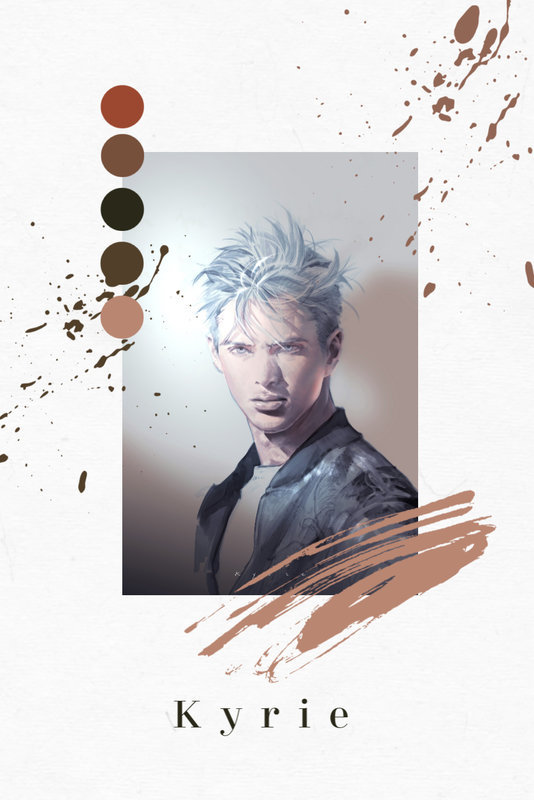 Slave Level: He is one of the Patrons, a friend of the Wells family, a royalty of sort. An aristocrat and is his family is good friends with the Wells and maybe in far distant relations, they can be also related 4th distant cousins or 6th distant cousins so they had practiced this tradition every year or sometimes as much as they occasionally call it an occasion.

Kinks: He is a hard dom, a very aggressive and eager young alpha. Who is pretty good at training obedience and discipline to all his subs. But surprisingly he is not a cruel one like some of that bourgeoisie who were born with a golden spoon in their mouths.

Limits: He is not into toilet play, beating, blood and gore

Sexual Experience: It is not the first time for him to do this. He had been doing this yearly with the Wells family and he had a few slaves of his own.


Personality: Kyrie hides his mask well, he was actually committed before because he almost committed suicide. He disguises his cuts as allergic reaction and whenever someone asks about the cuts on his wrists, he would often smile and say they are allergies, he scratched them so badly it's hideous but over time it faded and his sister helped him hide them with vanishing cream so it doesn't really so ominous like it was when he was younger.

Background: He has a condition, Borderline personality disorder is characterized by poor self-image, a feeling of emptiness, and great difficulty coping with being alone. People with this disorder have highly reactive and intense moods and unstable relationships. Their behavior can be impulsive. They are also more likely than average to attempt or commit suicide. Sometimes, without intending to commit suicide, they harm themselves (for example, cutting or burning) as a form of self-punishment or to combat an empty feeling.


When stressed, people with borderline personality disorder may develop psychotic-like symptoms. They experience a distortion of their perceptions or beliefs rather than a distinct break with reality. Especially in close relationships, they tend to misinterpret or amplify what other people feel about them. For example, they may assume a friend or family member is having extremely hateful feelings toward them, when the person may be only mildly annoyed or angry.


People with borderline personality disorder have a deep fear of abandonment. They compete for social acceptance, are terrified of rejection, and often feel lonely even in the context of an intimate relationship. Therefore, it is more difficult for them to manage the normal ups and downs of a romantic partnership. Impulsive, self-destructive behavior may be an attempt to ward off rising anxiety related to the fear of being left alone.

The flip side of the fear is the hope that a relationship will be completely soothing. People with this disorder may idealize a family member, romantic partner or friend, and then become enraged when an inevitable disappointment occurs. They might hold that person responsible for the pain they feel and devalue the relationship.

Since he was institutionalized for it, and was cleared of the symptoms and have medication for it, he seems calmer and collected now. 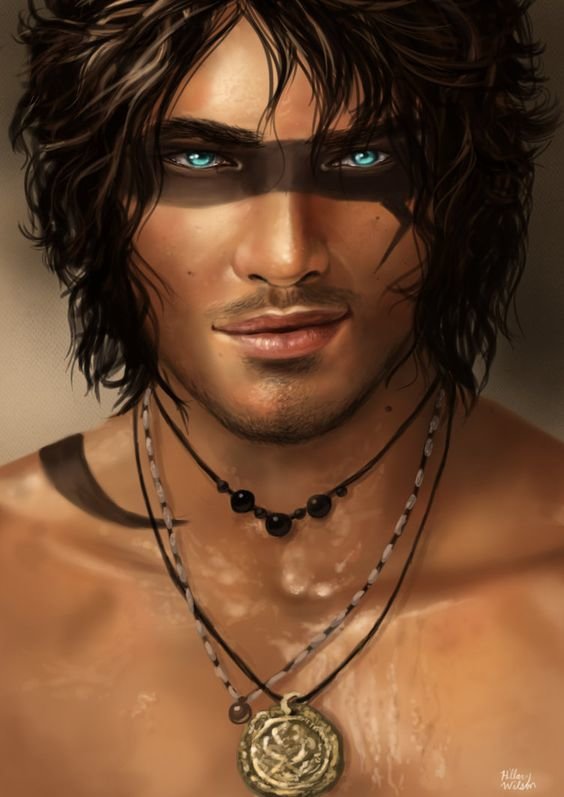 ​
Name: Kassander De Graz
Age: Appears to be 30 ( but between you and me, he is almost a hundred shy of his millennial birthday)
Height: 6'1
Weight: (Sander whispers he don't know, but he said he is heavy)
Eye/Hair Color: Green and dark brown
Build: Lean and muscular
Species: He is human but immortal, he is a warlock with a touch of demon incubus
Orientation: Bisexual but leaning more on gay

Slave Level: He is new he is actually a gift from a friend of the Wells family, he had served his old master for a number of decades and now he is being passed on to a family to be considered as of use to the estate since he is a warlock he can be very useful and vital in preservation and healing that may be needed by the estate.

Kinks: Sander is a very sexual person, he enjoys sex because not a lot of people know this, it is actually his secret for longevity, he loves being tied up and tying someone up, he can go for extreme being a passionate lover in bed, his main goal is to satisfy his lover or master endlessly, effortlessly, energetically and passionately.
Limits: Vore, gore, extreme toilet play, scat, blood, and violence

Don't be fooled by that good looks and easy good-natured of his. He had lived for so long, he knows all the tricks in the book. He is by trade a warlock he is a healer mostly by standards of his old master. But not a lot of people know this he has actually incubus in his blood, his father being a demon and a human Wiccan witch as a mother. So though he had lived among the humans, he had met a lot of entities and different beings in different planes of existence. It's been said that it mostly his father's blood that is running through his veins, so his skilled hands and spell casting is mostly attributed by his demon side. But in fairness he is a very loyal servant, he is steadfastly loyal to the point he would risk his own life if his master wills it. 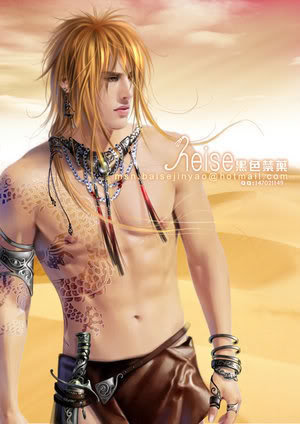 Name: Seth Seymour
Age: 21
Height: 6'1
Weight: 150
Eye/Hair Color: Blue/Gold
Build: Athletic/Well-Toned
Species: Mandararui/An Angel
Orientation: Virgin/Straight
Slave Orientation: He was sold to the Wells Estate even though he is royalty, he is also known as the Prince Of Oil, French origin, the last generation of the Winged Clan after the fall of the empire of Saudi Arabia he was captured and was sold as a gift to the Wells Estate. He is a bit feisty so he was sent straight to the cages and the estate was warned that he will always try to escape and go back to his homeland.

Kinks: One of the slave hoarders said that pretty "ice princess" they already gave him a name because he is like a leopard that will try to bite and escape, so they always have him in chains and secretly said he probably likes being tied up, try to train or discipline him would probably get kicked or bitten.

Sexual Experience: He is a gift taken from his homeland, he had never been with anyone yet, and he was supposed to be set to marry soon but was captured before that happens.

Background: ​
Seth is the last one from the winged clan, but unfortunately, he was born with a deformed soul, which he considers a shame and has an inferiority complex about it.

His clan was originally a clan of Tengu (or angels in France), but with time, the number of snakes or the Jyanome's in the clan surpassed the already rare winged ones.

Because oh his noble origin, Seth was raised to become a leader, with a cold-hearted, mean, calculating, and cruel side that he shows to the world, someone powerful that can handle everything and that is better to stay away and not mess with. That is his famous dark side.

Personality: He can be nice and approachable but he was trained well since at a very young age he was led to rule a country and coming from a different background, and origin he can be aloof and shy but he is a good guy, he is known he is destined to serve, love and to hold the future partner he is going to end up with.