She is half Asian, and half everything else. One of the reasons why Tres call her princess, it is not because he can see her face clearly, but can only identify by her scent, and her smile. Of all the faceless beings that he had ever encountered, Elena had made the biggest impact in Tres's life.


She was married to one of the famous conductor, whom Tres would often call maestro, and the man had always been kind and would often perform along with Elena, his wife for the orphanage. Though he never considers the husband a king, or a prince, Tres was still fond of that man who is the same as Elena is one of the memorable people in his young life.

Elena was madly in love with her husband. She never imagined there would come a day, she would lose that security and trust she had so craved and had been fulfilled by him by just one unfaithful night when her husband died of an auto accident. It took some encouraging until she decided to move on from this tragedy and attend a crisis group that can help her cope with her loss. But only to meet the only man that would change everything about her life.


Music is her soul. It helps her escape from everything. That is how they met, through their music. And for Elena, meeting her husband back then was a match made in heaven. They are both kind people, and had often contributed to charities and playing at orphanages during the holidays like Christmas is one of the things they enjoyed the most. She would often play something for Tres who despite his young age, was one of her captive audience.


Meeting Joachim, was like getting reborn again. She never thought that she would be able to escape that life with that man, and would often think it would have been better if she died with her husband than to meet this man who is completely the opposite of what he said he was. Joachim was the only reason that made her think that there is still hope that there would be someone there now who will protect her and make her feel safe again.

She is pretty tall, almost six feet, as tall as Keigo. She is always wearing her trademark clothes of tattered jeans and bomber jacket, she looks like the female version of Squall Leonhart of Final Fantasy 8 game, She is also somehow like him, aloof-looking and unapproachable but her character is far different from the shy and introvert commander. She is either often seen either playing with her switchblade or tapping stuff with her drumsticks, she has a drum set in her room, and no she has no roommate because she continues to bang her drums 24 hours a day when she is not working. She is also a seeker and a notch next to Keigo though not yet a supervisor.

At first, glance, walking down the street, Raven could make heads turn, despite her somehow boyish appearance, she is a real beauty, Dark hair, and fair complexion. But beyond that look, all men would always feel intimidated and would steer clear from her just by one look from her, she could be a charmer, when she wants something or need something from someone, can be ultra sweet too, and a flirt, but once you tire out her patience, she is sarcastic, a little cynical. She had a troubled past, and for a woman, she is tough to have ever survived one tragedy after another in her colorful past. Most of the men at the lab had learned never, ever get on her bad side, you will pay dearly if not with your life, she plays with a switchblade, and she knows how to use it. And be careful not to ask if she knows how she will carve out your name on your chest to prove to you that she has the knack to be an artist in a morbid sort of way.

She has the need to be always active or releasing an abundance of energy, either banging on her drum, playing with her drumstick. Letting off some steam at the gym, she is the type that needs to be always on the move. She likes noise, loud music, her taste lean towards heavy metal, acid rock or grunge music. You can bribe her with a hot fudge sundae without the nuts.

She does have a thing for Keigo, openly and secretly. Her gift gave her the advantage to shift into Charlie and often times create friction between the two. She has a thing for Charlie too, but in a negative way, maybe because this boy is the apple of Keigo's eye. There is a reason why she has a fascination for Keigo, because he somehow reminds her of G Sebastian, her long special friend, and could have been a lover.

If you have a death wish or the type of man who is into masochism, call her Hey, Baby, or hey, sexy, or anything derogative name or slang that pertains to women, you'll get your wish by being beaten to death or kicked to death by that sexy foxy or pretty baby you just called. She hates flowers and chocolates, but if Keigo is the one giving them, she would squeal like the man just handed her diamonds, not some sappy looking flowers or weed he picked up from the park by accident. Again, if you have a death wish, ask her to dress in women's clothing. Because Raven is one thing but never a lady.

She is a shape-shifter, and she also has the power to control someone else's mind, especially the weak ones, and can transform into their form, be it a man or child, she has the advanced psychic abilities, she can manipulate and change it to her will. At combat, she is skilled in hand to hand, can be ruthless once she gets a hold of any kind of weapon, knives or blades are her favorite weapon of choice, she loves chopping up and carving up things, she would often leave her signature, signing her name on a corpse especially if that person gave her a hard time, or what she can consider is a traitor.

To trust someone with your life, that is probably the hardest thing anyone can do. She was taught not to trust anyone. Yet one would wonder what kind of life she must have lived to be turned into this ruthless woman who only trusts her blade and herself. She learned one valuable lesson from someone very close to her, vivere senza rimipianti, Italian for live without regret. It was taught to her by the only person she ever trusted in her entire life. Sure, she trusted the scientist who picked her up from the street, but there are restrictions to that trust. The only other person can be that come close to the same trust is Keigo.

She has a tattoo on her arm, she carved G's name at the back of her neck, and have these words she would never forget, a lesson given to her by the only person she would ever love with all her heart, vivere senza rimipianti.

She was once a daughter of a wealthy and distinguished family, has blond hair and blue eyes, but she permanently changed her looks so as to forget about her real family and her trust was betrayed by that very family because of her being different, and the shame that she might bring home to their family name, she was sent to a discreet hospital for the criminally insane, and her stay there would have been a permanent one if not for one gifted person like her, an Italian boy who had taken a liking to her and helped her escape and given her street name, and taught her that street can be a cruel teacher. 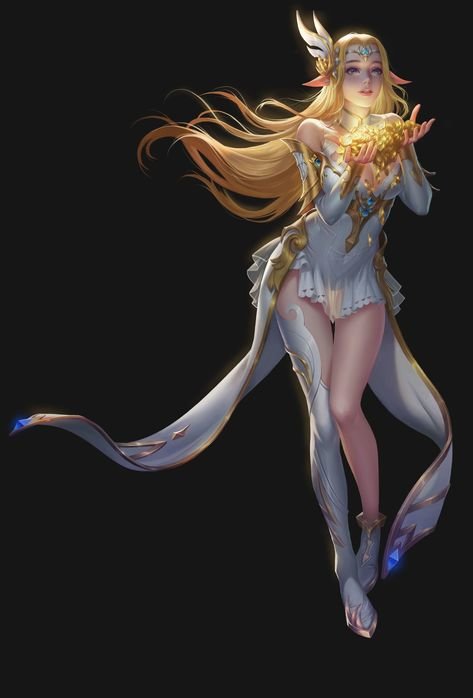 𝓚alana 𝓔l, is a daughter of a human and Superman, Kal El's high school special girl, Lana Lang. She probably got most of her personality from her aunt, Kara Zor El since she hangs out with her most of the time, so her personality is the carbon copy of her aunt, Supergirl, she has a bit of God complex. And a little on the spoiled side since she is the first product of human and Kryptonian, no one had ever thought it was possible. So most of the time since Kal El is busy she is mostly left with her aunt, who dotes on her and always let her get her way with anything. And she is used to getting her way. But since she is also a part of Kal El and Lana, she also still has some of her parents' personalities.

She was born in Argo City, just minutes away from where the farm of her father's adoptive parents. When Supergirl or Kara was still discovering her powers, she had always told Kal El that she should be his hidden and anonymous as Superman's secret weapon. But borne from a headstrong race, she somehow resented her cousin who had grown closer to the hearts of humans as their sole superhero, she reflected these negative feelings to her niece, by teaching her everything she knows about their race, when she was still discovering her capabilities she didn't want Kalana to wait for her to figure out her own capabilities, she showed it to her. But like Supergirl and all the women of Krypton, Kalana El is doomed wouldn't really know her full capacity nor would learn how to control her powers like her father.

𝓚alana is also known as ʍվՏԵҽɾíɑ and her human self goes by Ysabela Lang, she works as a nursing assistant at a hospital. Her aunt is Kara Danvers who is also Super Girl. Her parents are Clark Kent or Kal El and Lana Lang so she decided to use her mom's maiden name to protect their real identity.

She is not really what you would call an honor student, and would often times, cheat her way thru school, since she would use her powers to obtain what she needed, which is a diploma so she can finally fulfill her dream to have a secret life as Ysabela Lang, and while she is still studying to hone her powers as Mysteria in Justice Academy, she wanted to excel use everything she can use so she can finally go and officially fight side by side with her father and aunt, SuperGirl. She usually wears a wig when she is working at the hospital learning from experience with her aunt, Supergirl, she decided she would perfect her disguise so she can protect her family from discovery, she works low key and appears to be a studious, hard-working, quiet and kept to herself type of girl. 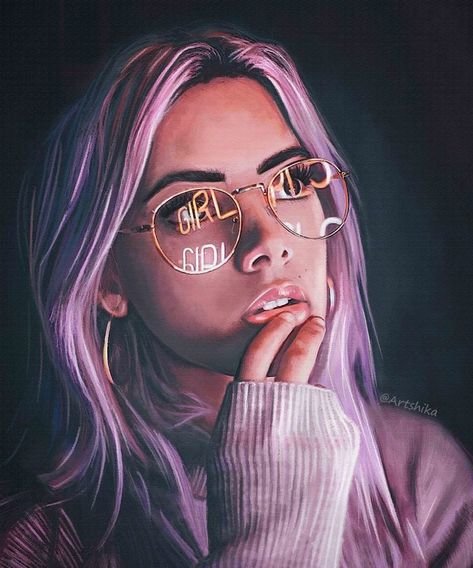