I'm not a fan of the idea of forcing people to RP together, solely because I know people have preferences, and even though it's a Group RP, everyone might not want to play with everyone. That being said, if people are fine with it, then we can absolutely do it.

I do agree with, too many Demerits you start losing things, that idea is solid. I'll have to get a poll going for some of these suggestions and ideas.

It is just a suggestion just to be sure that everyone gets to play maybe they can ask someone if they can play with them and if that person says yes then that is where they create their rp?

Location
The musty corridors of the library at Alexandria.

Yeah, this is a place for suggestions, nothing is takin personal here, or out of context. It's a safe spot to just throw an idea out. ^^

WE can see how people feel about it when the Polls come around, which will be soon since we have several good things to check on.

Sorry sometimes my fingers type so fast it omits what my brain is thinking I should type much slower, I was saying maybe like me I want to try out one of my characters, I could ask in DM someone if they would like to sample an rp with me, and if they say yes, they go to @Sir Wells and say me and so-so agreed to set a scene may we request a room please or use this room please?

Well, someone mentioned, I forget who without going through and reading each post again, that we could have a sort of "Request RP" board within the Group. So kind of how the function works on the main boards of HE. For instance, if I want someone to RP with my character Riae, I would go to the Seeking board and post a small: Riae seeking partner for rough sex - Male or Female. That sort of thing.

I'm considering something like that, but I'd probably do a separate vote to see how everyone else felt about it. Then, depending on what characters are going to be partners, their Influence would come into play.

Yeah. I thought the open posting would be more free and casual. I know Sir Wells is playing the master ICly, but I wouldn't want to burden someone with micromanaging our interactions.
Last edited: Apr 29, 2020 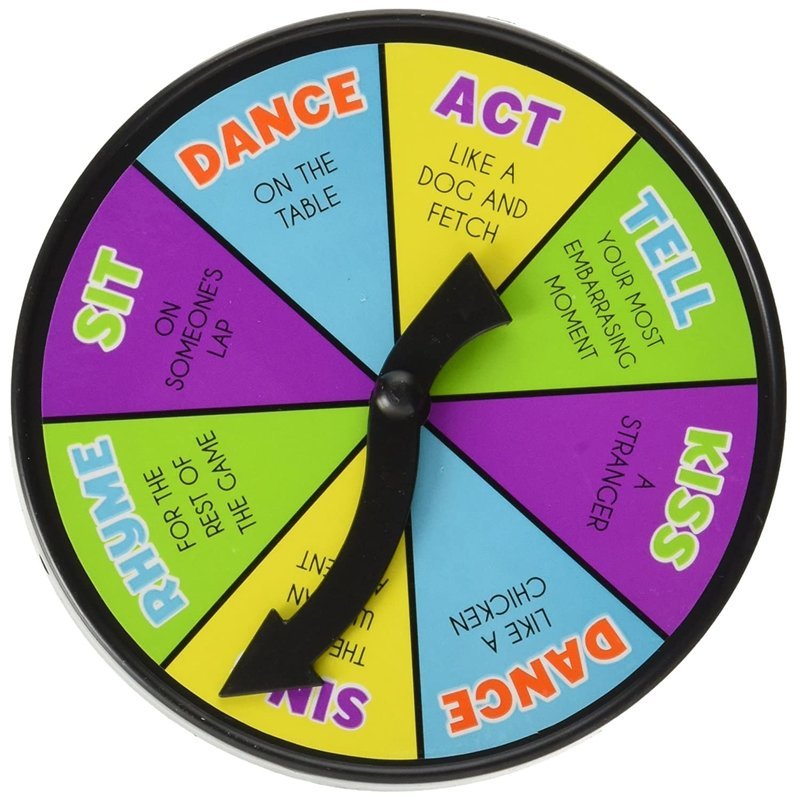 Since we cannot install this kind of wheel over here, we can use the dice and have consequence corresponding the numbers in the dice

Yeah, I was thinking it would be something of a Dice Roll in terms of the challenge received, but when it came to the RP it would be more of the players decision to Pass or Fail, of course.

I'm thinking I want to have a sort of "Characters Updates" like, idk thread or board. With so much going on, I find it would be easier for those who aren't involved or who aren't following an RP, to be able to find out things that have been going on with a character, once an RP has concluded.

For instance, an update for Sela would be "Fought for the entertainment of The Master and a friend, lost and was raped by the Centaur Leopard hybrid." Or something more detailed or whatever. It would also be a good place for people like me, who tend to forget some backstory once RP has begun with my characters, to look back quickly over the cliff notes, and remember key things. Idk maybes it's just me.

Hahah! The Wheel of Smut. I like it. Or for more options, even a Bingo Board of Kink.

I'm cool with doing little updates. I admit that if I haven't played with a character, I don't remember much about them. It could help foster the IC community to quickly reference things MC would probably know about the goings on, even if I (the player) wasn't in attendance.

Correct, I think it's just something to have to update everyone on the characters goingons and whereabouts, what they do and don't know, things of that nature.

I'm thinking I'm going to combine the Update Board with the Influence Board, so like, one page to have both Updates and Influence, less clutter.

A journal of sorts, I guess you could say, that everyone can read.

Bit of an odd idea, and we probably have one already but a holding area/playroom/dungeon for slaves who don't yet have a room/don't want one which also doubles as a sex dungeon.

It's different to the cages as one isn't sent there for transgressions.

Another idea is a small one which people might have added to their bios already but 'hidden depths'. Adding some humanising traits to a character. Like you might have someone whose personality is that of a sadistic torturer but on the plus side they've got quite the sweet tooth or something.

As far as the sort of playroom area goes, essentially The Estate is an entire playroom. Anything can happen anywhere (Unless it's off limits) so it really just boils down to one's imagination.

As it pertains to the "hidden depths" which you speak of, that's something I feel is entirely up to the player and their character you know? It's not a bad idea, but it's also dependent on how the player wants to have their character interact. Maybe one develops overtime, who knows.

Handlers can probably have a stamp that has their seal, like Wells, it has probably a W or his name Wells on it if he awards there is a trigger button that sends alerts to Wells, that some handler awarded this points to this slave and maybe hidden camera in the room would trigger and he would see the said handler giving the stamp that way he would also know if some slave tried to award themselves something by trying to sneak a stamp on themselves? Hope that makes sense

Hana Kimi it is stars, if the worker did a great job they get points or watch that new series Upload, it has the same thing they award Uploads (people who died and upload their avatar) they get rooms, they get to eat good food, if they are poor they go by their data plan so if they rack too much data, they would be frozen until they put money in again which is funny lol

Need Help Getting My Ideas Under Control