Thomas took in a deep breath to steady his nerves before turning to the two woman. He nodded politely before speaking - best to make friends rather than enemies here. "I'm guessin' you're lucky new arrivals as well?"

"Are you alright?" Alicia asked Irina, casting a look over the other woman's body that lingered far longer than it needed to. She told herself she was just checking the other woman over for injuries but her eyes remained on Irina's toned abdomen and breasts for just a few moments too long for that to be the case.

Pull yourself together, this isn't the time to be noticing things like that. Look where it got you last time. You ended up here in this shithole.

With her focus back on the task at hand, Alicia picked up the blue gem and the second green gem. She recognised the first one easily from her training and had an idea as to what the second did but wasn't quite as familiar with it. She had no doubt there'd be plenty of chances to try it out here on nightmare island.

She looked over at the new arrival as he spoke and gave a nod, watching him carefully for any sign that he might try to attack them. "Yes, you could say that."
N

Thomas joined Alicia in rooting through the Spitter's nest, plucking the dagger and the first Green gem from the filth.

"Think I'll be takin' these with no objections from either of you. A little time with a whetstone and a lot of water and this thing might be serviceable. Hmm..."

Picking up the gold ring, he turned it over in his hands trying to get a rough idea of its value from its weight and the craftsmanship.

"Name's Thomas, and I figure so long as we're headin' in the same direction we might as well be travelin' together."

"Yeah, nothing I haven't lived though before. Should clean it out in the sea soon though so it doesn't get infected." Irina replied to Alicia but otherwise ignoring the leg that was slowly seeping blood.

"Mmm, Irena. Thanks for your help boy." Irina grunted as she looked around to make sure no other foes were in sight before pushing her way between Thomas and Alicia at the loot pile. Grimacing at the spitter eggs, she still snatched them up along with the flask and gems before sliding the shield into her hand. "Alright then. Let's get moving before the blood attracts more. Take point Boy- Er... Thomas. Alicia can follow you while I protect the rear." Irena stated as she stood and shook the worst of the spitter gunk from the shield. All her points on positioning were valid, but it was also the fact that she didn't trust Thomas as far as Alicia could throw him right now, and she wasn't about to let him be at her back. Besides, she could watch Alicia ass sway this was. Both though thoughts were left unsaid though.

All the inventory threads are locked, of course but this is what everyone took:

Shield -- Irena
Dagger -- Thomas
Flask -- Irena
Leather Vambrace -- left behind
Leather Boot -- left behind
Scroll Template -- left behind
Coin Pouch -- left behind
Gold Ring -- Thomas
Harpy Necklace -- left behind
Spitter Eggs -- Irena
There was only one way to go from here, and that was back down the narrow path to the beach, where the old trunk full of soggy books and soaked clothing was located. From there, a winding dirt path went inland towards the faint wisps of smoke in the distance. The ground became hard and rocky as soon as one left the beach, and the path led up a growing incline and weaved in a serpentine manner between numerous wild shrubs and smooth windswept rocks. While there was evidence in the dirt of rainwater washing this way in past days, the path itself was clearly formed by frequent foot traffic, as it was devoid of any vegetation taller than the surrounding pebbles, and there was a clear groove that contrasted the surrounding hillsides.

There were more mangled half-decayed corpses along this path, further evidence of those who had traveled this route previously today. At the top of the last hill climb, a stone structure came into view, about double a stone's throw away. It was a decaying stone tower surrounded by ten-foot-high stone walls that were badly crumbling from several lifetimes of disrepair and covered in many places by thorny creeping vines. There was a large wooden gate on the south-facing wall, and the inland path led directly to it. Finally, around the midway point to that gate, there was an extraordinarily large corpse lying on the ground, belonging to a man who must have been seven feet tall. As with the other bodies in this area, this one was not moving, having sustained enough recent damage to render it inanimate for the time being.

There was something moving up there, however. Crouching over the large corpse was a living human. He was bald and shirtless, wearing only a grass skirt around his waist and a linen sash across his chest, attached to which was a quiver of crudely-made arrows. He was slender but firmly-muscled, with sun-bronzed skin and dark eyes, and a pock-marked face full of scars. Blood was smeared on his lips and chin, and dripped from his jagged teeth, giving him a gruesome and feral appearance. Elaborate tribal tattoos adorned his shoulders, arms, chest, and head, and he carried in his left hand a crude-looking hunting bow with an arrow already nocked on the string.

This man was sniffing curiously all around the large corpse, as if scavenging it for valuables, but the moment his ears twitched to the sound of approaching footsteps he perked up instantly, gazing sharply in the direction of the three intruders. He raised his bow horizontally, as if on instinct, with his right hand poised over the string and ready to draw it back. But then after a half-second's thought he scurried off behind the cover of a nearby palm tree. The broad trunk and surrounding shrubs made it a fairly defensible position on high ground, from which he would be able to rain arrows down on anyone coming up the hill towards him.

Seeing as no one else was taking it, Irena grabbed the rest of the items in the nest, sliding the vambrace onto the arm that she held her sword in and setting the harpy claws to dangle tantalizingly between her breasts. The scroll and coin pouch both went into the boot which she carried awkwardly in her shield hand. Dropping it would be sure to be the first thing she would do in the next fight.

While the dead bodies drew Irena's interest, particularly the monster of a man lying face down on the sand, the living figure had her full attention right now. Moving in front of Alicia, Irena lifted her shield to defend against the arrows that might fly at her. However recognizing some of the tattoos as similar to her father and brother's, she called out a greeting in the Karui language.
N

Keeping his weapons to hand, Thomas watched the man warily. He didn't relish catching his death by running into an arrow. Better to avoid a fight altogether if possible. Leaving the negotiations to Irena he carefully made his way towards the corpse to try and figure out what the man found so interesting about it.

Alicia watched the newcomer warily but decided to follow Irina's lead for now. She was beginning to understand where she stood with the other woman and while she might not fully trust her yet, Alicia felt less likely to end up with a knife in her back from the other woman than from someone she knew nothing about.

She followed along behind the newcomer, feeling Irina's eyes on her every now and then but not really minding. When the warrior moved in front of her and brandished her shield, Alicia's body reacted automatically. She tensed up, ready for battle or to flee, and felt a jolt of surprise when Irina called out to him in a different language. There was a time when it might have comforted her to know that Irina had common ground with this individual but those days had passed, so she watched and waited to see what the man might do.

There was a bit of silence, and then the man atop the hill shouted back a standard cannibal taunt in the Karui language that translated to, "Your mother's flesh sticks between my teeth!" Immediately as soon as he issued this challenge, he stood up taller and shot an arrow at Irina. No sooner had he drawn the string back and let loose his shot than his hand was already swiftly reaching to the quiver on his back to pull out the next arrow and nock it on his bowstring, his body swaying with the motion like a human cobra. 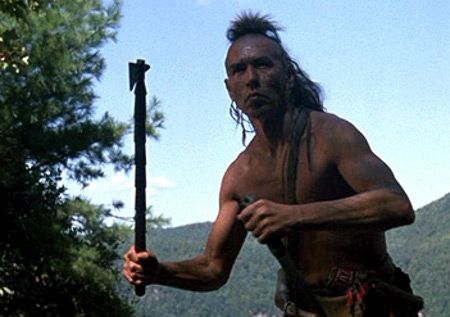 The breakdown in negotiations being obvious, Thomas rushes around the hill while drawing his knife. That shield should protect the other two and by moving as he is he can force the tribesman to choose between threats to face. A quick glance is thrown over his shoulder to check on the condition of the other two.

"Well seems he's one of the crazies." Irina said causally as the arrow thunked into the shield. Watching Thomas dash forward, Irina chose to take the defensive approach and kept her shield up where she could quickly move to block more arrows.

"I got the arrows, see if you can keep him distracted with a spell or two." She said over her shoulder, ready to block the next arrow.

"Got it" Anastasia nodded, keeping her eyes on their new target. She wasn't sure at which point she'd decided taking orders from Irina was a good idea but it had kept her alive so far. She didn't trust the other woman yet and she trusted the newcomer even less but she couldn't deny that they had strength in numbers. She aimed her makeshift wand at the attacker's torso, calculating that even if she was off target she'd have a better chance of hitting his chest from this range than his head, and fired off the spell.

When Thomas started to circle around on the flank, the cannibal turned to start tracking him with his bow, ready to shoot if he tried to get closer. This left him partially distracted when Anastasia released a bolt of magic in his direction. Catching the motion in the corner of his eye, the cannibal quickly ducked behind the tree for cover, and the magic shot caused a bit of bark to splinter off of the trunk as it passed by. The cannibal popped out and took another pot shot in Anastasia's direction, but hastily aimed, so that it was easy for Irina to step into the path of the arrow and intercept it with her shield.

Still mindful of Thomas on his flank, the cannibal then retreated further inland to avoid being surrounded. He fell back to another clump of trees that was about 20 feet behind the crest of the hill. This placed him of the girls, but still visible to Thomas. the cannibal quickly nocked another arrow as he got behind the trees, and looked back at Thomas to see what he was going to do.
N

Thomas kept his distance, not wanting to test the Cannibal's aim. He paced back and forth to hold the man's attention while, he hoped, the other two would make a move. With his right hand he drew his dagger and pointed it at the man while with his other he motioned to the two women to advance.