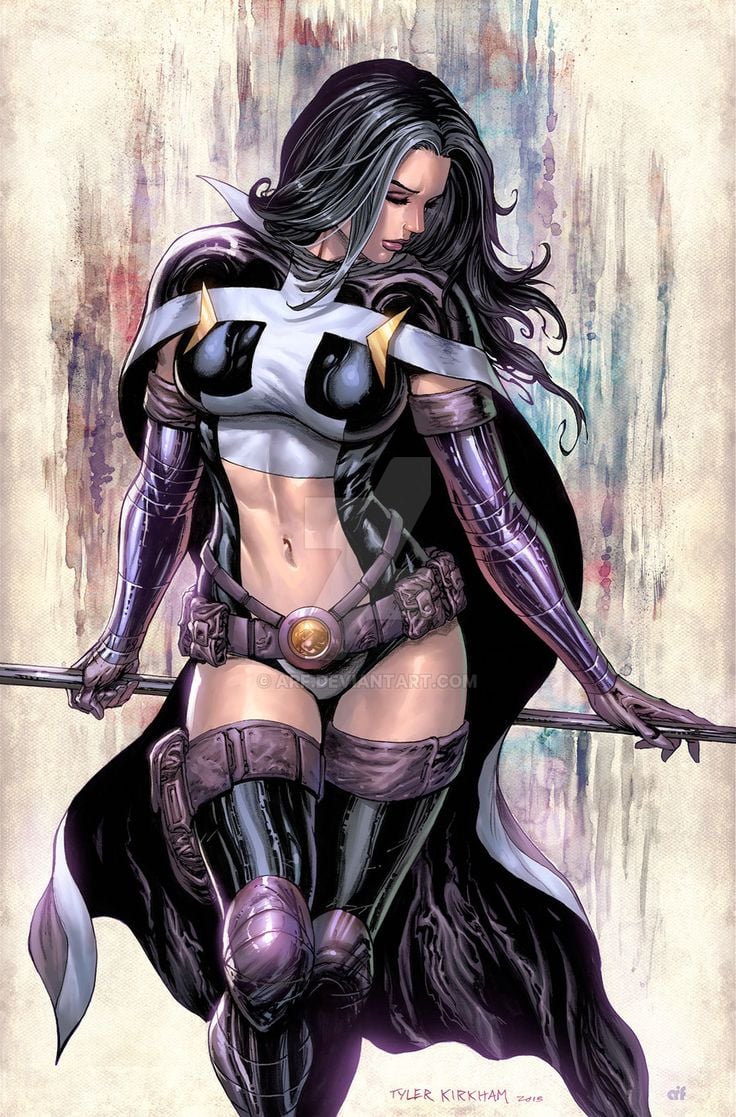 Weaknesses: Lackluster close quarters physical combat capabilities, light(Both magical light, and sunlight), has lesser power during daylight and at her weakest during such a time, only able to operate underground and within darker areas during this time.

Brief backstory: Victoria Ashe is incredibly old, not even knowing her true parentage and often shunned and feared by those around her for her abilities and capability overall. With constant social issues and backlash from everyone, and knowing her parentage of demonic nature, Victoria began losing herself to the demonic influence, shifting her personality to a more darker, focused one, one that wanted power, vast knowledge, and control. She'd go to almost any lengths for such power, and utilized minions both hired and summoned from the etheral planes to accomplish her aims in the world.

Most only ever get to know what she's roughly capable of, and that she is rumored to be up to a new goal entirely as of late, with the shifting energies being rumored and more and more minions being summoned forth from the dark abyssal planes.